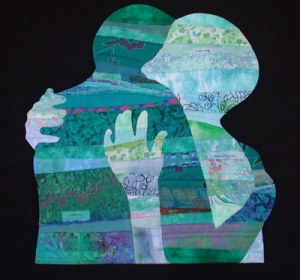 “But there is all the difference in the world between forgiving and excusing”.   CS Lewis, Essay on Forgiveness 1960

Forgiveness – from almost the first moments of his ministry – was at the heart of what Jesus did and said: the forgiveness that he spoke of and practised was profound: indeed it was so revolutionary, so alarming that disciples, followers and nay-sayers alike wrestled with it, poking and prodding at it with a mixture of horror, suspicion and wonder.  For it was not just the rampant forgiveness of others which so awed those around him: Jesus actively sought – and seeks – the same generosity of forgiveness from those who follow him.

The potency of the forgiveness Jesus gave was not just in what he forgave, but to whom he gave that forgiveness. Jesus certainly forgave the system which crucified him: but it was in the forgiving of the sick, the women, the despised and the rejected that the dangerous power of God’s forgiveness challenged mans rule over others. The paralysed walked, criminals were welcomed in to Gods kingdom, women – used and despised by men – were honoured.

The religious rules made by men to protect themselves, and which made the mad, the bad, the crippled and  women ‘unsuitable’ for consideration of humanity and compassion, were held up to the light and found wanting. These were rules impossible to live by if you were poor, or sick, or not a man. The rich and joyful forgiveness of God, through Jesus, did not just wipe clean the hearts of those forgiven: it challenged societies attitudes. The gates of the kingdom, once denied to those most in need by the rule of men, were thrown open by God.

These were rules which cared nothing for justice, mercy and faith and the same righteous anger which had swept the money lenders from the temple rose to greet the makers of men’s rule:

“Then Jesus said to the crowds and to his disciples, “The scribes and the Pharisees sit on Moses’ seat;  therefore, do whatever they teach you and follow it; but do not do as they do, for they do not practice what they teach.  They tie up heavy burdens, hard to bear, and lay them on the shoulders of others; but they themselves are unwilling to lift a finger to move them.

Fast forward a couple of thousand years: Christians have apparently embraced forgiveness, seemingly willing to forgive with the same generosity of spirit that Christ called us to. But man’s penchant for the laws and rules that make him comfortable has not been eradicated, and nowhere is this more obvious than in how Christian Churches respond to abuse and rape.  Here we see that the abusers are ‘forgiven’ – or rather excused – and those who are the powerless and the victims are treated as though they have done something for which they should be forgiven, but they are not, and for them there is no love, and not even meagre crumbs of pity from the table.

To be abused is to endure physical, emotional, psychic and spiritual invasion. To recover and find some healing following such trauma can take a lifetime. Those coping with that process should be able to find a lifetime of love and patience from those who claim to be followers of Christ, for Jesus had that to give.  Instead, even if they are believed, victims find instead that their trauma is dismissed, or they are blamed and shamed, despised and ridiculed. The world is already awash with lack of understanding and victim blaming, but there is no safe haven in the body of Christ, for victims are not only met with the same attitude in the church but are then faced with still greater load, for they are told that they must forgive their invaders, their rapists and abusers, in the name of being a ‘proper’ Christian. And if they don’t forgive, then they are guilty – of bitterness, of resentfulness, of lack of faith, of wanting vengeance. Forgiveness has become a rule, a law to be followed, in order to access the gates of the kingdom of Heaven: victims must bow to the rule of man (including their abusers) before they can reach God.

They tie up heavy burdens, hard to bear, and lay them on the shoulders of others; but they themselves are unwilling to lift a finger to move them.

Those who say that abusers ‘made a mistake’ are unwilling or unable to confront the reality of the great harm, the terrible sin, that the abusers are guilty of. And whether it is their discomfort or ignorance, or their desire to remain in control, they have twisted forgiveness into a rule which must be obeyed. They desire compliance to their way of life before the call of Christ or the cries of the victims.

It is time to end the warped teaching of forgiveness in its current form, twisted as it has become under the patriarchal church.  We can no longer allow to be used to keep the powerful comfortable and the abusers excused. It is time to reclaim it, be willing to be challenged again by God and dig more deeply than we have ever done before, and find this beautiful and precious wonder that is true forgiveness.

We must acknowledge that abusers are making a choice when they abuse, and that only they are responsible for the choices they make – and we must learn to stop making excuses for them. They can help it, and there is no stress, or worry, or addiction or depression that can excuse their dreadful choices.  We must acknowledge that their victims deserve belief, and love and care for the rest of their lives, and that their safety must be our priority. We must be willing to be uncomfortable, disturbed, and as righteously angry as God about terrible harm and damage that abuse does.  We must desire to hear the screams of anguish and agony and learn that it is not a lack of faith, or a desire to hold on to that which hurts, which causes those tears to fall weeks, or months, or years later. We must learn all this – and yet more.

And then maybe, maybe, we will start to learn what forgiveness truly is.